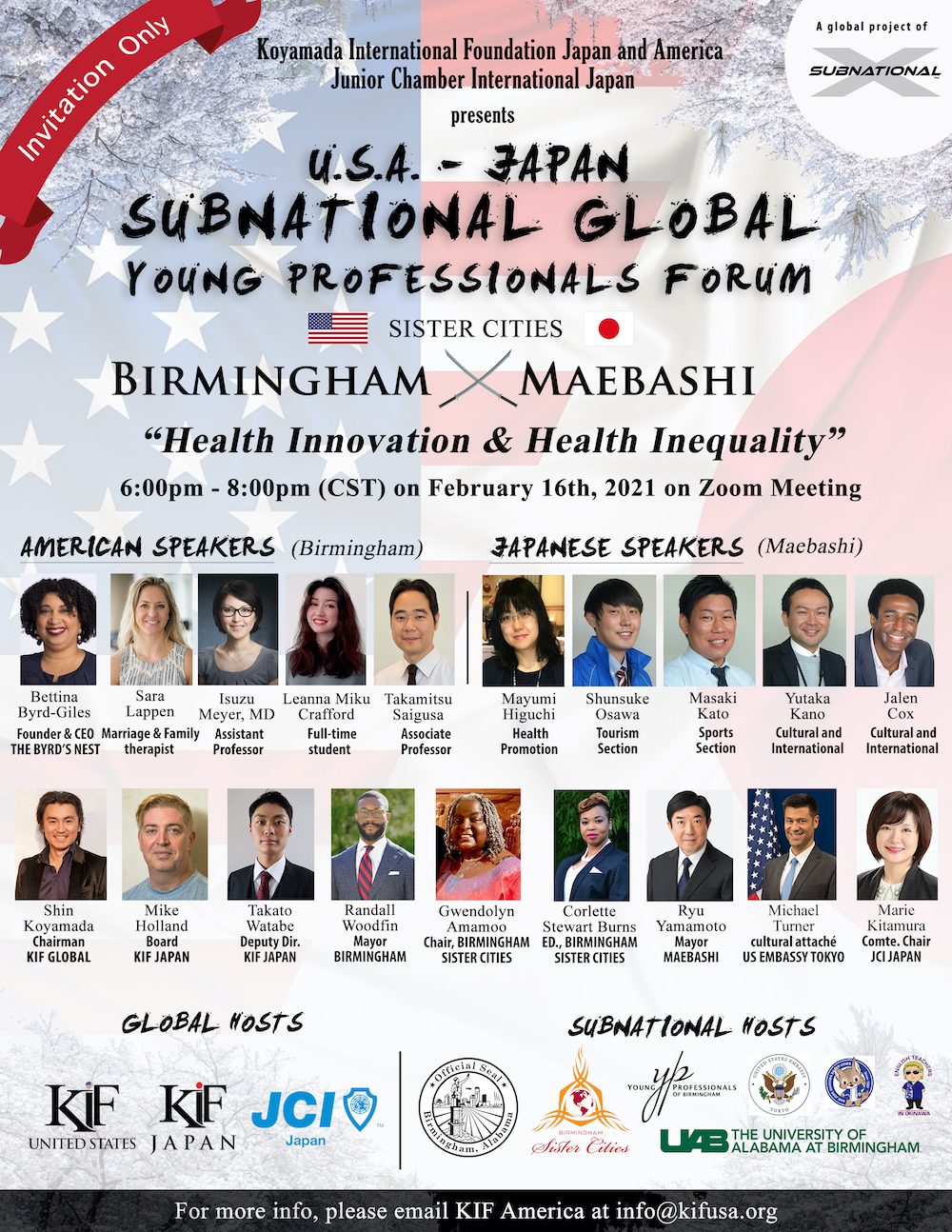 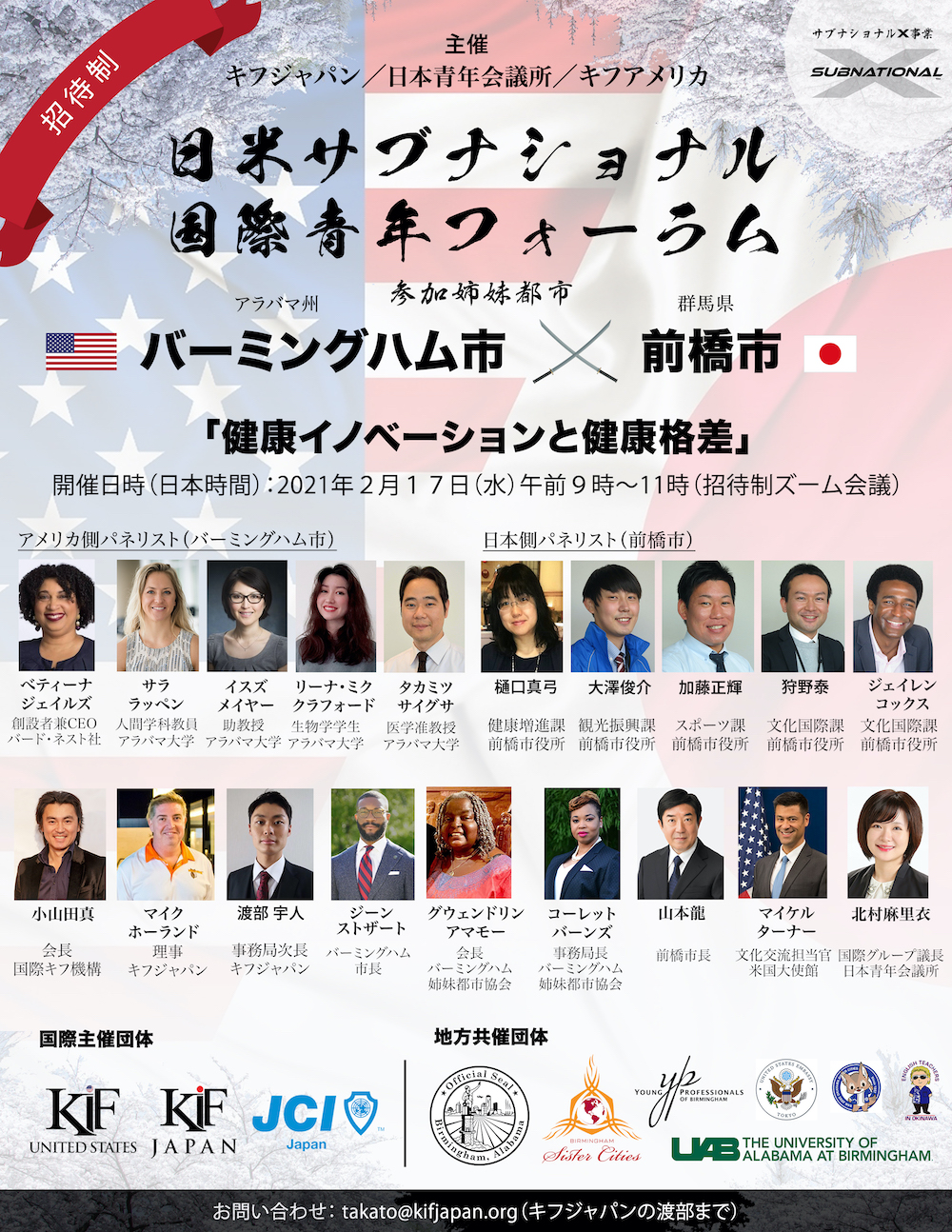 The Forum is a public-private partnership (PPP) in a forum series held virtually and organized globally by the Koyamada International Foundation (KIF) Japan, KIF America and Junior Chamber International (JCI) Japan. The subnational hosts are City of Birmingham, City of Maebashi, Birmingham Sister Cities, University of Alabama at Birmingham, Young Professionals of Birmingham.