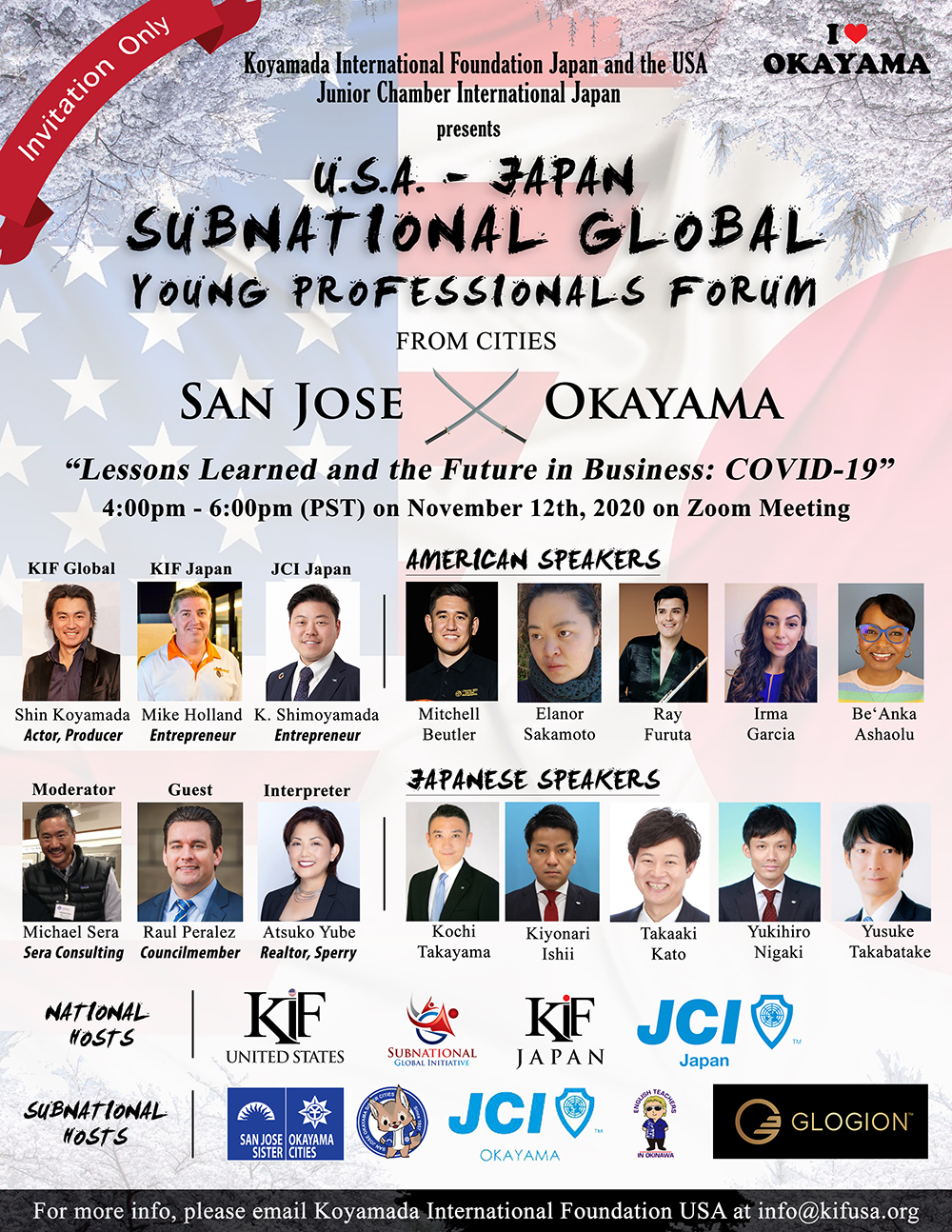 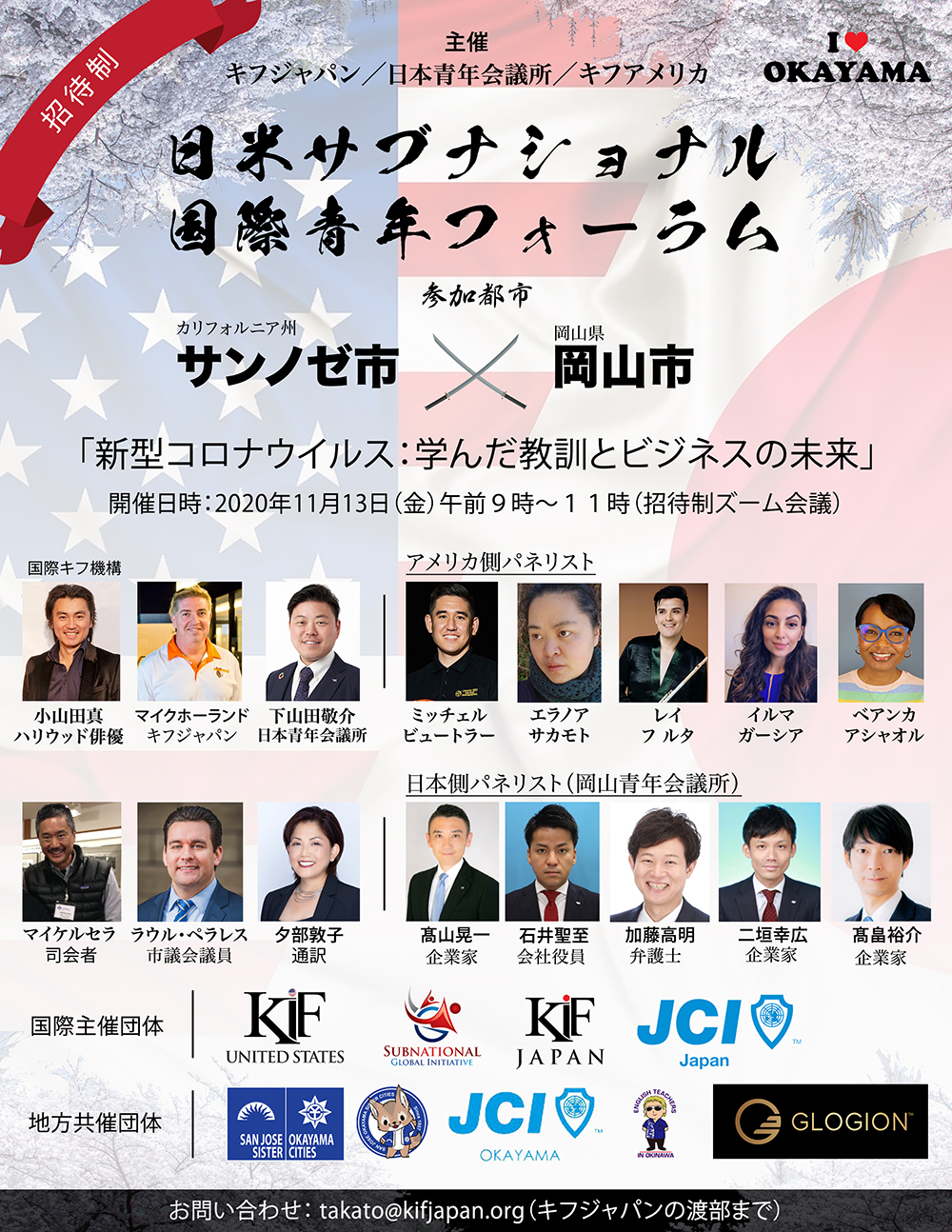 The Forum is a public-private partnership (PPP) in a forum series held virtually and organized globally by the Koyamada International Foundation (KIF) Japan, KIF America and Junior Chamber International (JCI) Japan in partnership with the subnational hosts such as JCI Okayama, San Jose-Okayama Sister Cities, City of San Jose, CA and City of Okayama.