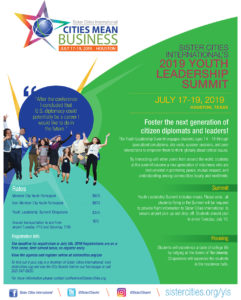 Chairman Koyamada is also SCI Board Director since he joined the board in 2017. Since he joined the SCI, his focus has been to foster youth leadership through people to people exchange in sister cities and to always participate and welcome high school student leaders who fly in from different parts of the world to go through United Nations Model Program during the Youth Leadership Summit. 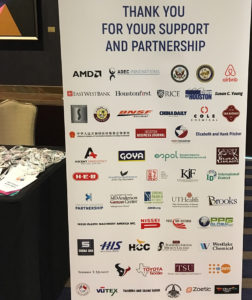 Koyamada started off asking the crowd a few questions, including where they came from, which social media they were using the most, how they got involved in the Summit and which films of his they have seen. He was surprised by the facts that more than one third of them came from different continents of the world just to attend this Summit; none of the them actually uses Facebook, one third uses Twitter and almost everyone uses Instagram in social media; and all of them have seen and fans of his Disney Channel action film that came out back in 2006 and about a half of them actually have seen his first breakthrough Hollywood film The Last Samurai. Both of his films have been still airing repeatedly all the time everywhere in the United States and the rest of the world. It makes sense. He also founded out the majority of them have never been involved with actual local sister cities programs back home so he encouraged them to find out online if they are any sister cities in their homes and get involved to volunteer or join the sister cities exchanges if there are any. 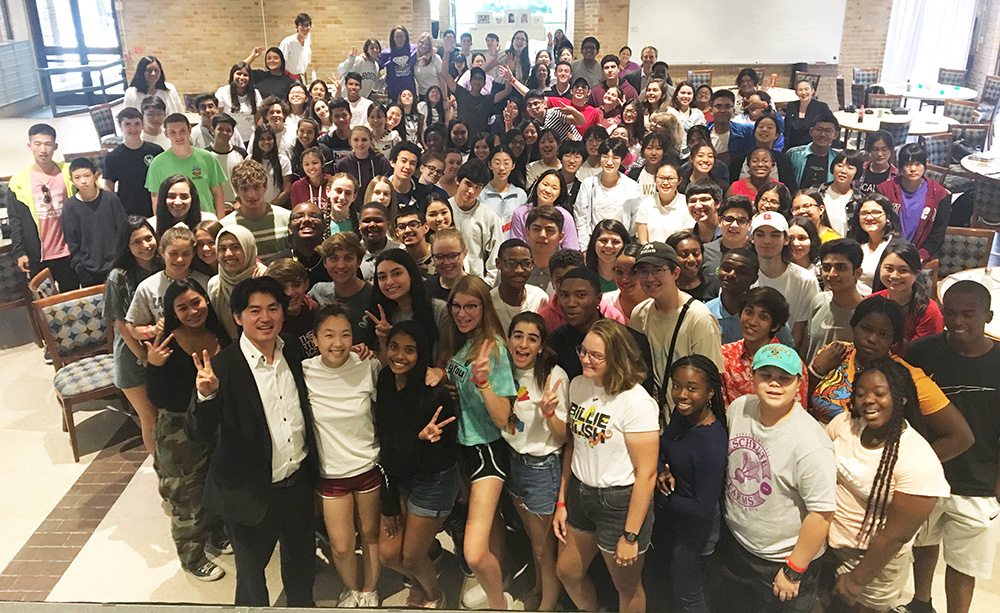 The students were very pleased to meet him and hear his background story how he moved to the United States alone with nothing from Japan around their age to pursue his American dreams and his adventurous life stories how he actually achieved his dreams and how he is still pursuing more meaningful business ventures around the world.

After he spent good 30 minutes sharing a wonderful time sharing his stories on the stage, every student had an opportunity to take photos, shake hands and chat with him for another 30 minutes or so. Everyone was pleased to hear his entertaining talks and loves how he interacted with them. Some of them even asked him, "How did you learn to become a standup comedian?" He said, "I never meant to be and I was trying to communicate with the students in more engaging and entertaining way, rather than a straightforward formal speech, which could be boring for them."

The Youth Leadership Summit is designed to engage the next generation of leaders and introduce them to the world of international affairs.

Students will experience a taste of college life by lodging in dorms. Chaperones will supervise the students throughout the Summit.

for more information about, Youth Leadership Summit, please visit the site at https://sistercities.org/yls