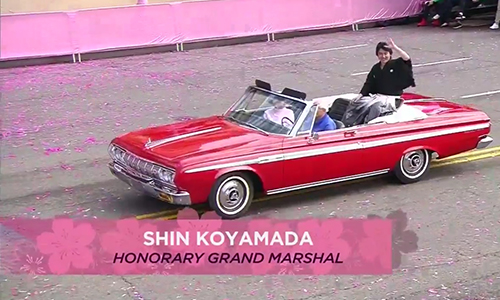 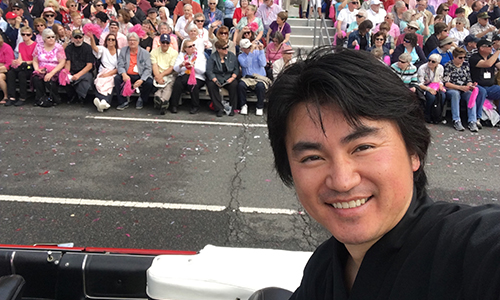 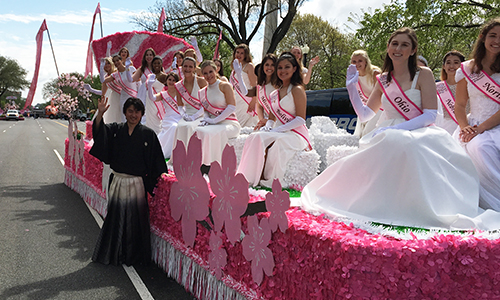 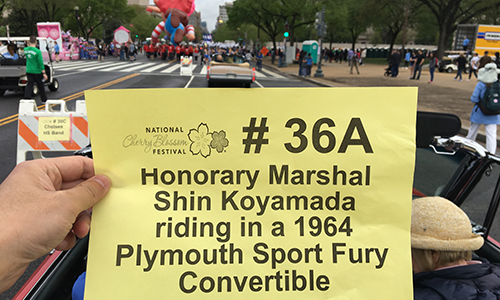 The parade begun at 10 a.m. on Constitution Avenue and ran from 7th to 17th streets, from the National Archives to the Washington Monument. Giant colorful helium balloons, elaborate floats, marching bands from across the country, celebrity entertainers, and performers burst down the Parade route in a grand spectacle of music and showmanship seen only once a year during the Festival, all made possible by Events DC.

Koyamada said, "It was an honor to participate such a historic Parade in the United States. It's an amazing to hear that millions of people from all across the United states and around the world visited D.C. to see the Japanese cherry blossoms every year. I'm pleased to continue my efforts to deepen the friendship between two great nations."

He also made his first special appearance on the same Parade in 2010.

For more information about the Festival, please visit the official site.