A Wheel of Fortune for U.S. Cherry Blossom Queen 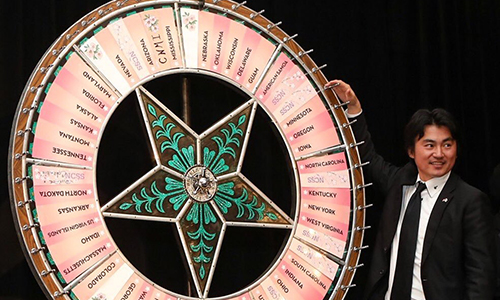 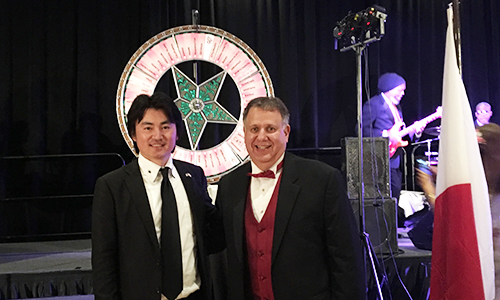 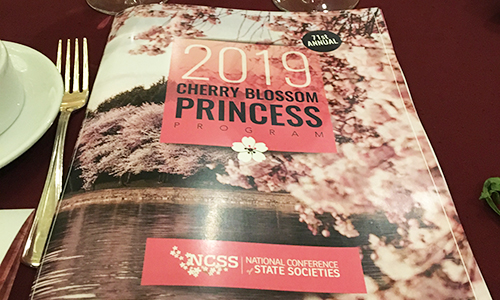 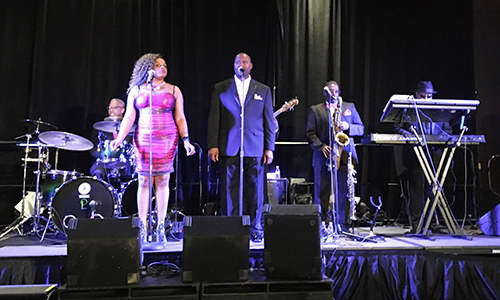 During the 2019 National Cherry Blossom Festival in Washington D.C. on April 12, a night before his Parade, KIF Chair Shin Koyamada was invited by the President of The National Conference of State Societies (NCSS) as a special guest to participate at the Official Cherry Blossom Grand Ball. This was his first time to attend the event and spin the wheel of fortune at the event.

At the event, the United States Cherry Blossom Queen is chosen by a random spin of a wheel of fortune by the Japan Ambassador in Washington, D.C at the Official Cherry Blossom Grand Ball. The following morning, the newly crowned U.S. Cherry Blossom Queen and her Japan counterpart, along with the State, Territory, and International Princesses are invited to participate in the National Cherry Blossom Parade® and the Sakura Matsuri Japanese Street Festival.

Koyamada said, "It was my great pleasure to support this wonderful program to elect the American Cherry Blossom Queen every year and send her to Japan to meet the Prime Minister and others. I hope the Queen enjoys the visits to Japan and continues her efforts to bridge ties between Japan and the United States."

About The National Conference of State Societies (NCSS)
NCCS is the non-profit, voluntary umbrella association for state and territorial societies in the national capital area. At one time or another, all 50 states have had active societies as well as the District of Columbia and our 5 territories: American Samoa, Guam, Puerto Rico, the U.S. Virgin Islands and CNMI.