Tetsuya Kaida has worked for Toyota in several divisions, including service, marketing development and product planning. Among his many accomplishments, in 2002 Kaida embarked upon restructuring global Motor
Shows by using concept cars and innovative space design. Two years later he was a key member of the team that created “Today for Tomorrow” as a technology development philosophy for application within and outside the company.

The “Today for Tomorrow” principle is based upon enabling human interaction under the theme of “tomorrow may bring a greater encounter, so that we may become kinder, healthier, safer and surrounded by even more excitement, more beauty and more enjoyment than today.”

In 2007, Kaida created the Business Revolution Corporate Value Project Department, the task of starting a full-scale reconsideration of corporate value creation for Toyota. One of his first activities as head of this new department was the announcement of the new concept cars Toyota 1/X, Toyota RIN and Toyota i-REAL at the most recent Tokyo Motor Show.

In particular, Mr. Kaida promotes the i-REAL as the next-generation personal mobility at a wide range of shows and events around the world. Kaida and his team continue to be dedicated to contributing to the creation of new corporate value for Toyota, as well as to its communication to the world. 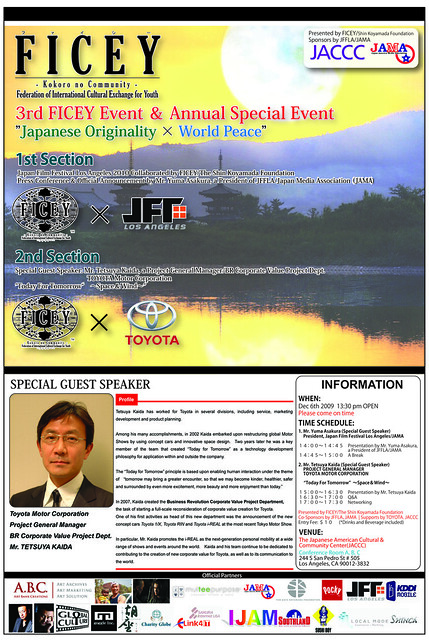