The Japan Festival in Houston, TX

Mr. Shin Koyamada participated the annual Japan Festival, which is organized by the Japan-America Society of Houston to represent the KIF and support the friendship between Japan and the United States for two days in Houston, Texas. Mr. Koyamada addressed the audience how important to suppor the friendship between two nations for many years to come and also signed his fans autograph and took photos with them.

The Japan-America Society of Houston instituted the festival in 1993 in the hopes of furthering their mission to develop a stronger relationship between the greater Houston community and Japan. The Japan Festival is located in Hermann Park (near downtown Houston) and provides a wide variety of opportunities to absorb the rich and diverse culture of Japan.

For 19 consecutive years, the Japan Festival has been consistently growing and proudly supports over 20,000 attendees each year. In 2011, we held our most successful festival ever! Each year, the event provides a rich blend of stage entertainment and an impressive array of food and beverages for everyone to enjoy.

Free to the public and the only Festival still allowed to be in Hermann Park, it is located adjacent to the Japanese Garden and nestled around the large reflection pond. See more at the official website at http://japan-fest.info 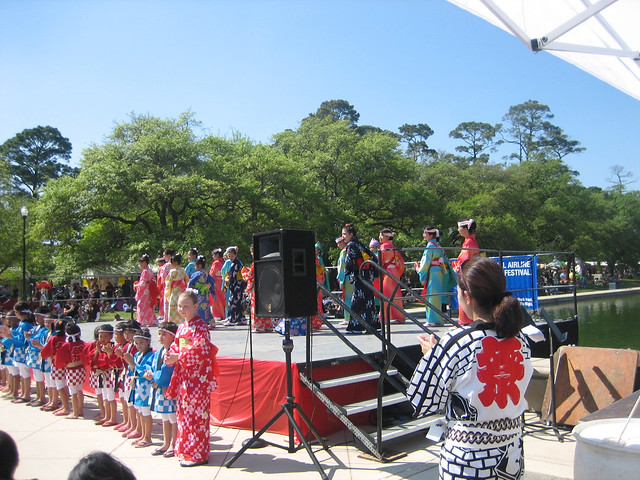